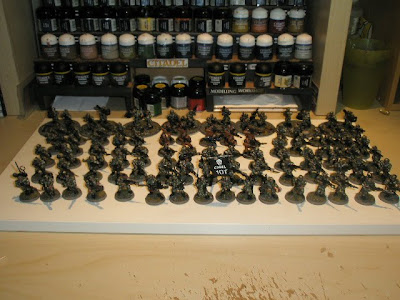 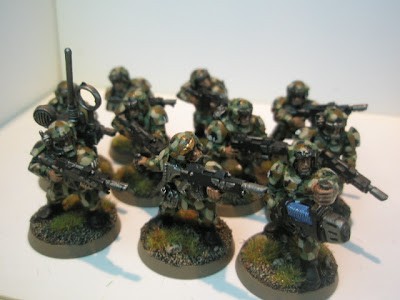 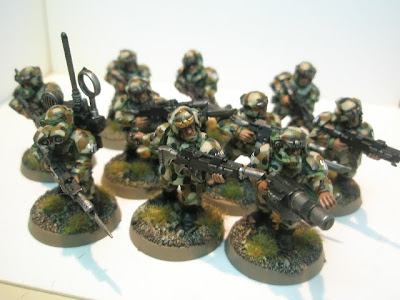 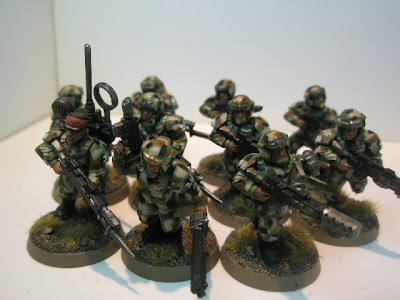 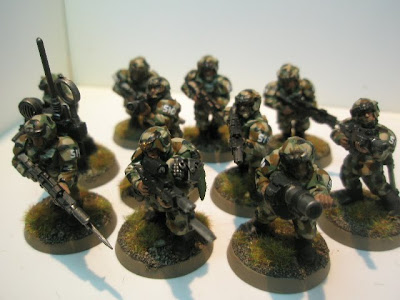 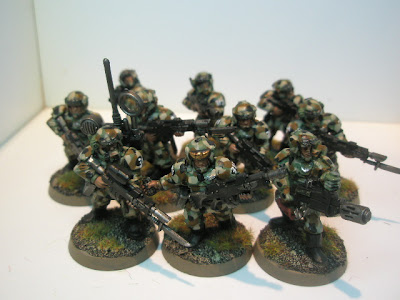 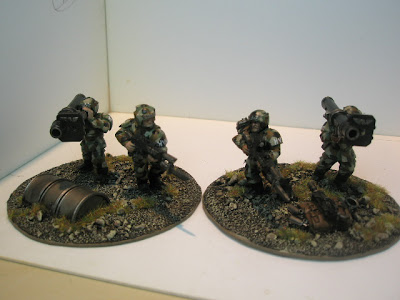 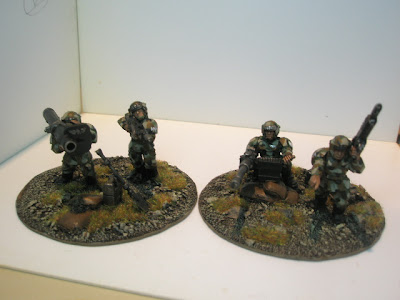 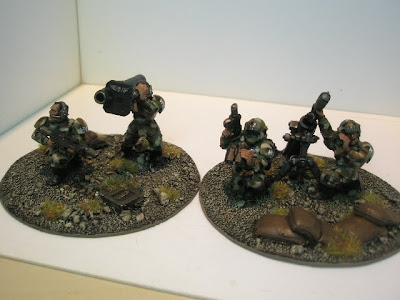 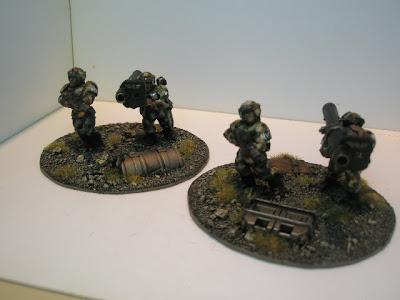 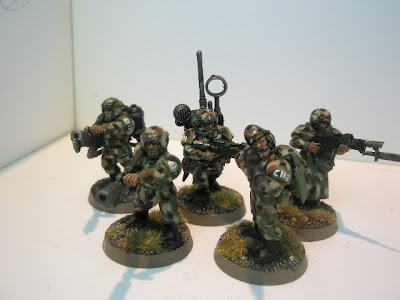 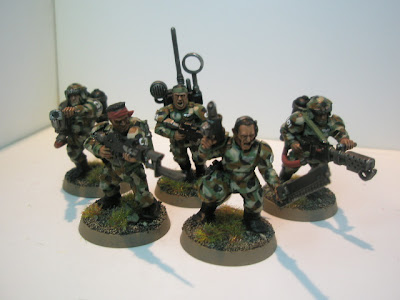 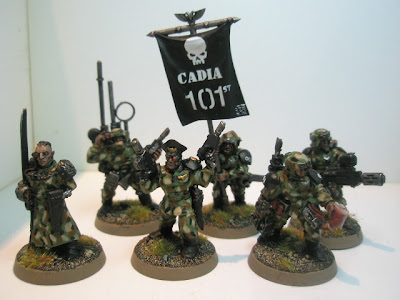 This army was a commission for a friend of mine. He asked me to copy a camo pattern that was on some models he purchased from Ebay. After figuring out what colors were used I started painting. I did all the bases first since that is usually how I paint my models. Again the bases were to match the other army. Overall I think the project came out pretty good. I picked up this army from a friend of mine for really cheap, all I had to do was trade some models. I got a good deal. Unfortunately the Heavy weapons teams were on small bases and there was no large 60mm bases provided. So Instead of buying some I just cut out some 60mm discs from some plasticard, which turned out great. As usual I had a pleasure painting this army and it will look great along side the DKOK army that I am also building for the same person. Once again feel free to leave your comments and questions. Happy Gaming!
Labels: Imperial Guard

you've got too many models in your command squad, or is the other model with a cap a commissar.

Yep there is the commissar with the cap and then the 5 man command squad.