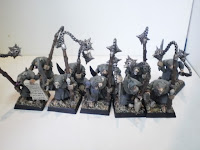 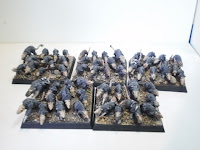 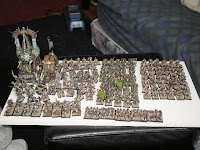 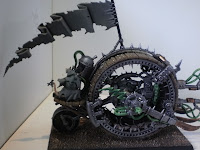 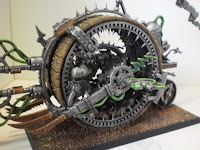 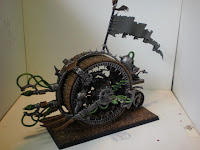 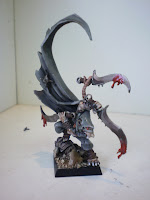 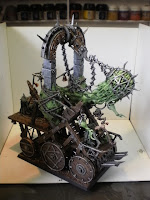 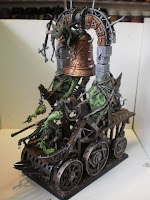 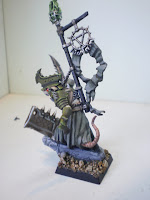 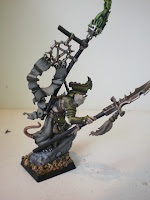 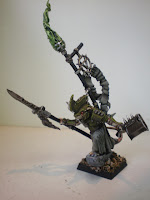 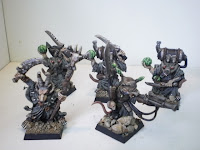 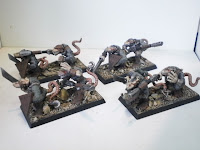 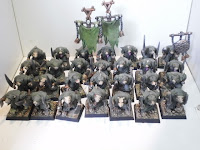 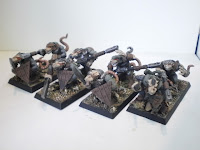 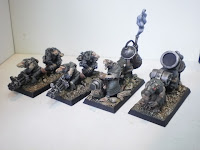 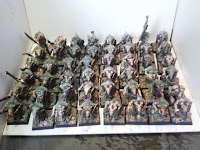 It has been a while since I painted a fantasy army, so when i heard that a client of mine wanted me to paint a Skaven army, I jumped all over it. Now I know it has been a while since I last posted on here and that is due to some personal issues, but you guys are here to hear about the army. The Skaven have always been one of my favorite fantasy armies but I was never really interested in playing them, just painting them. Time for gaming has become so rare that I would never have to time to field them. Anyways about the commission. The army consists of over 150 models  I am not familiar with all the names of the units so bear with me. The army has been painted so that they are all albino rats and then any armor or clothes were painted in a nurgle style green. Which I think works really well. It was a lot of assembly line painting. The couple characters that are shown above I went a little further with and I enjoyed painting them so much that I decided to order some more for my personal collection. I do understand that the pictures are not the best but just to point some of the details that you may not be able to see. All the rats have red eyes which works really well with the color layout, also thy have grey fur instead of just white fur that you would think they would have being albino rats. The Doomwheel and Screaming Bell were both a blast to paint and really like how they turned out, especially the glowing electric feel that was added to them. The Bell also was magnetized so that both options for its setup were available to the player. Overall I  am very pleased with the army and so was the client. Can't wait to hear how they do in combat action. Next up on the blog is a fewof my personal projects like a special chapter model and an ultramarine captain, Stay tuned.
Labels: Skaven