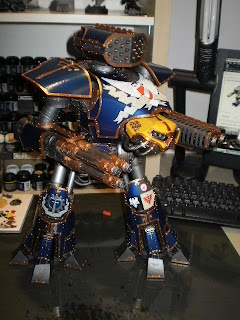 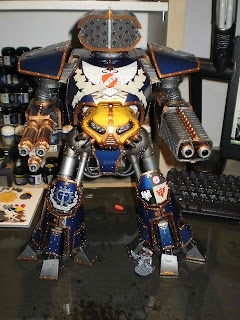 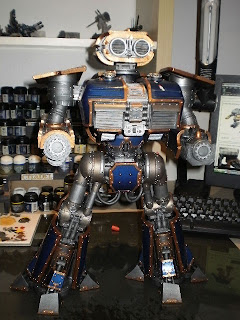 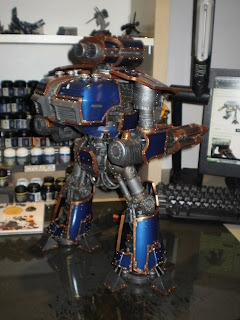 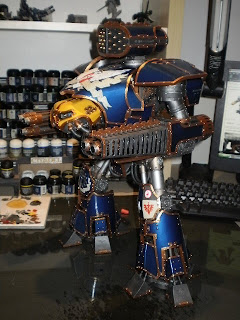 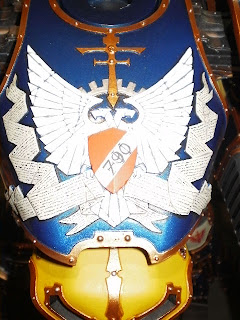 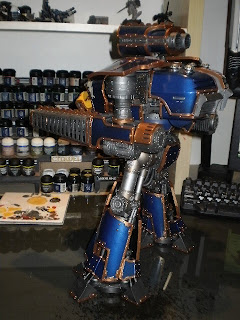 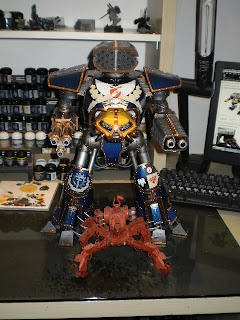 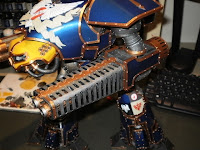 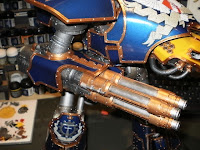 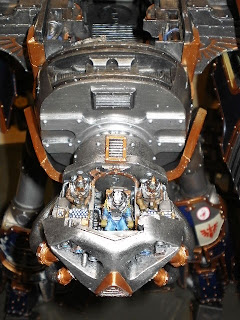 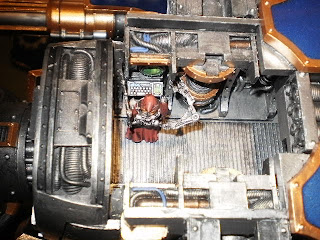 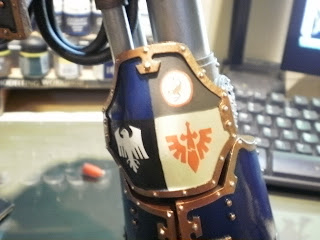 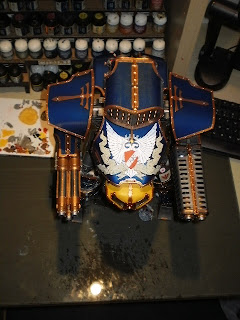 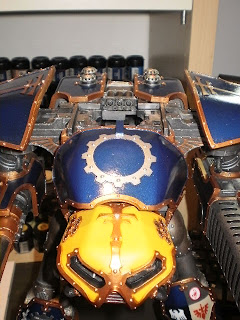 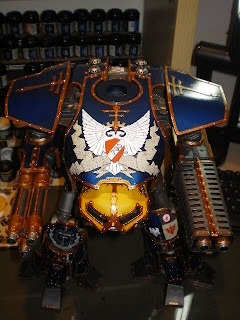 So a friend of mine says to me a few weeks ago, if i get a Reaver titan are up for the challenge of assembling and painting it. Without much of a thought to the difficulty of a putting together a model of this scale, I told him " Ya I can do it, no problem". Now I have never put anything this size together so I knew I was in for a bit of a challenge. After waiting a few weeks and themodel arrived and my friend brought it over. Well to start the box it came in was big, very big and heavy. Get the box open and there is just a mass of Forgeworld bags and more pieces then you can count. We then decide to go through all the bits and I just cant believe just how many there are. Some of the pieces are huge, like the main hull and leg pieces. Believe it or not you do get a nice set of Instructions with model but they are not what you would expect for such a high caliber model. They are vague and dont tell you as much as you need to know to put the model together. I have built hundreds upon hudrends of models so I just kinda winged it where the instructions were vague. I will be doing a stage by stage tutorial in the future but there is alot of work for it, and takes some time.
The model was also built within a small time line, about a week from start to finish. I had to prep all the pieces and remove any flash or molds spots, there are hundreds so be prepared for a few hard hours of prep. After that every piece was washed in a nice warm soapy bathe to remove any molding oils. After getting all the pieces cleaned and dried, I set them out to figure out where to start and I decided with the legs. A lot of the pieces need to be primed first. So I primed everything black except for the head plate, it was primed white. I then sprayed all the armour plates blue. I used Tamiya mica blue, it might be hard to find but its a nice deep metallic blue. The head plate was left white, to be hand painted. All the pieces that were going to be metallic were then sprayed with Testors Gun metal Grey. I will go into details with the tutorial about how everything was painted.  After getting everything sprayed I then started to build the model piece by piece, there are various points where you have to stop building to paint the pieces before assembling any further. Especially on the legs alot the pieces ahd to be painted first then assembled to the main leg. After getting the legs built I then worked on the hull and getting the model balanced. Building the main hull is pretty straight forward. First before you build any of it you have to paint the interior and assembly the entire interior before fitting anything else to the model. This is mainly because once the interior is in you cant get at most of it with a brush. Once the interior is in the hull you then add the main three back pieces which make up most of the rear of the model. After that you add the shoulder joints which hold the main weapons. I do recommend pinning these pieces in various spots.  Now that most of the hull is complete you then glue the main hip joint to the bottom of it. I added a magnet to the opposite side of this piece to join up ith where it mounts on the legs. With almost the whole model complete i started on the weapons. The instructions are very clear for them and I found them quite easy to assemble. Again some of the pieces need to be painted before you assemble the weapon completely. Once I had the weapons finshed I glued them into the shoulder sockets. This is a ball and socket joint so I just roughed up the gluing surfaces to allow for more adhesion. Pinning could have been done but I did not feel it was necessary. I then went onto the head and painted all the interior and crew before I put it all together. I then painted the head plate a nice bright yellow. This piece is not glued onto the model at all. I then glued in the head and the model was pretty much done. I added all the armour plates that were painted blue and then trimmed with bronze. The model took me about 7 days to complete from start to finish. I worked solely on this for more then 10 hours a day for a week. Overall I am really pleased with how the model turned out and am very lucky that i got the opportunity to build it. The number on the top of the model is the actual number it is in the production of the model. There will be a step by step tutorial coming soon, so check back and see how this beast was built.
Labels: Reaver Titan