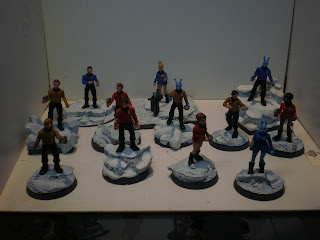 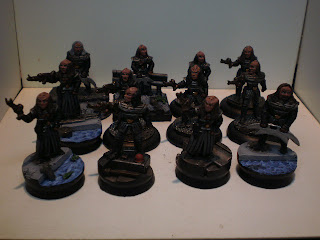 Well it has been a while since I posted on my blog and I do plan to post more often. I was swamped with many projects and most of them have now been finished. So over the next week or so there will be many posts and pictures. This was one of the many projects that I had been working on over the last few weeks. These are some older Klingon and Star trek models and they were a nice change to what I normally paint.  The Star trek models were painted in the older 1960's style that was seen on the tv show. As for the klingons they were painted in the more modern style that we see on he tv show now days. Overall they turned out pretty well. More to come and there will be some 40k posts in the next week or so before I leave for Gamesday in Baltimore.
Labels: Archive