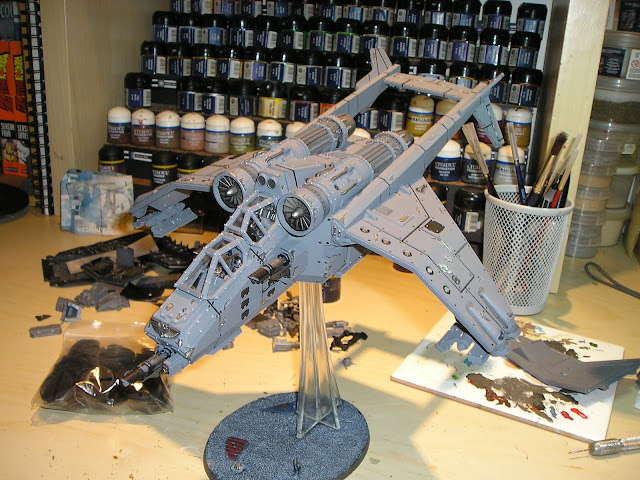 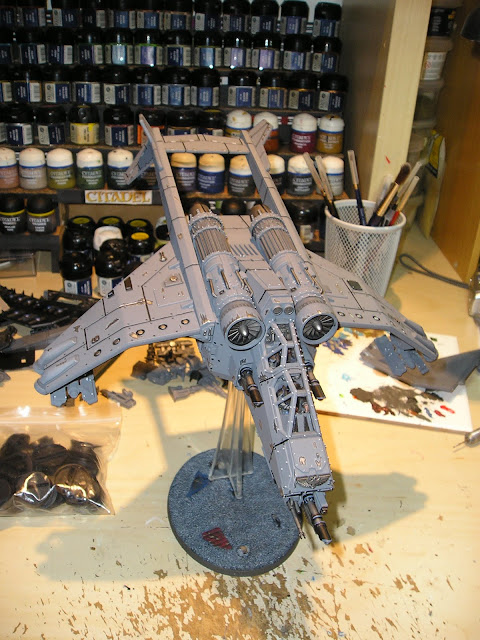 It has been a while since I posted anything, not because I don't have anything to show you guys but because I have had alot to do, but no to worry I have a bunch of projects that have piled up over the last 3 weeks since I last posted. So over the coming few days I will be posting up all the stuff that I have just recently finished or working on since I last posted in the late part of November. I have fallen behind. Time to catch up.
First off here is a Valkyrie/Vendetta Gunship/Transport. There are 2 of these that belong to a friends Death Korps army. This one has been converted to have 3 Lascannons, this will allow my buddy to play it as both a valkyrie or vendetta, I do plan to add magnets to the wings with lascannon sponsons in the future. Also the army the ships belong to are painted in a very dark gray, like the Death Korps contingent they belong to. I will posting the second ship like this in a few days. Along with a Leman Russ and a Earthshaker cannon, I just started to work on today.
Labels: Death Korps of Kreig, Imperial Guard