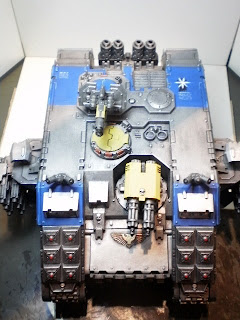 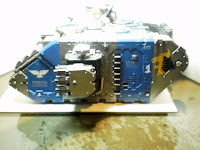 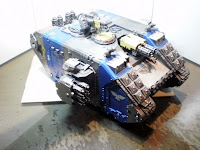 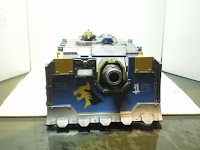 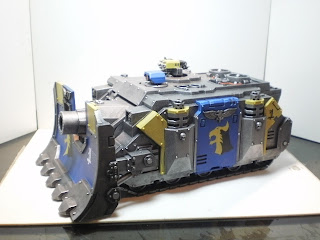 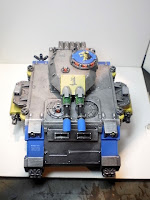 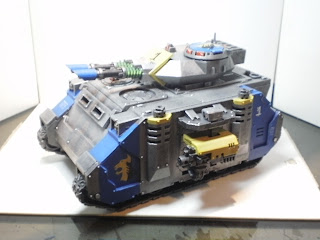 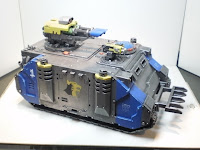 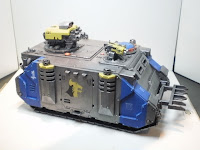 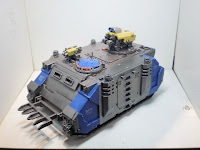 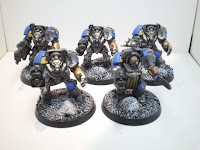 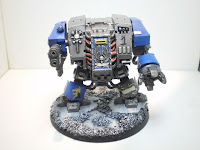 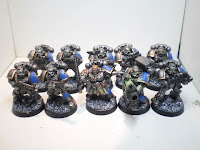 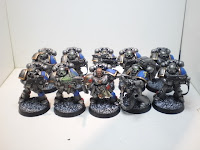 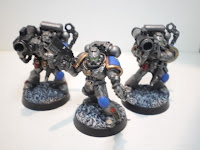 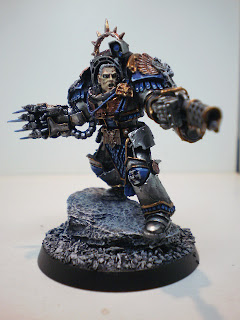 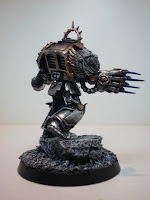 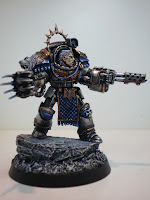 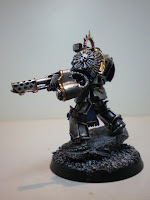 So a while back a friend of mine came to me and told me that he was reading through Imperial Armour Badab War part 1 and that he felt it was neccessary to build one. So after asking to purchase my Huron model from me and paint he decided to get a bunch of tanks. Apparently in the book it mentions Huron's love for things that go BOOM! Quite amusing. So after getting all of these tanks he felt it was needed to give them some troops. So he added a few tactical squads and some terminator along with a dreadnought. So I went to work painting up the models for him. They were painted in the standard new astral claws colors shown in IA. I believe they were different before the book came out. They are very similar to Grey knights but not as flashy. With small amounts blue splashed in here and there. The basing was done different then most of his other armies to make it stand out a little more, variety is always good. Especially when you have too many marine armies.
Huron is a well sculpted model and full of little details. I really enjoyed painting this model and would love to get my hands on another. He would definitely make a nice conversion piece for a Dark angel Primarch or chapter master if you did a simple head and arm swp and maybe GS'd a robe on him. The other foot soldiers were pretty straight forward, nothing special bu they look good. All of the symbols on the tanks and infantry were hand painted. Overall though, the models and army turned out great, there might be more to add to it in the future. But another project finished. More projects on the way. And like I promised some of my personal work.
Labels: Astral Claws