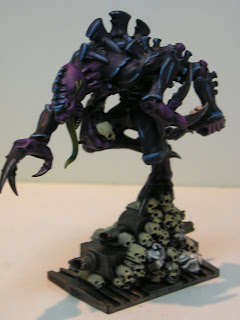 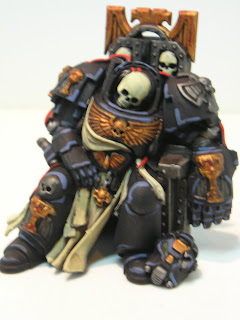 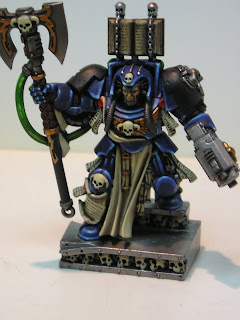 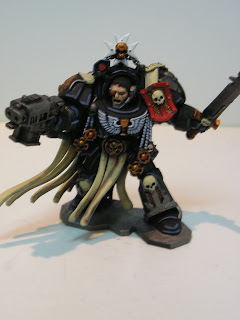 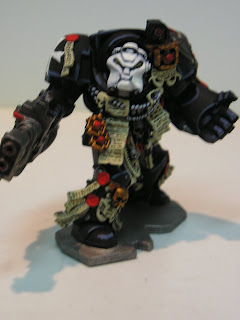 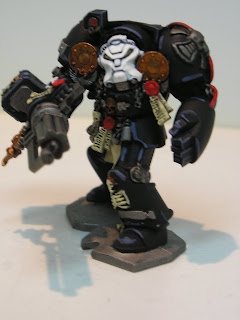 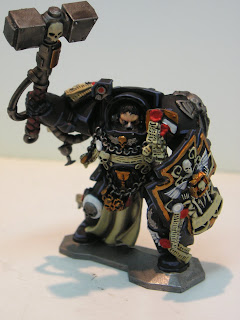 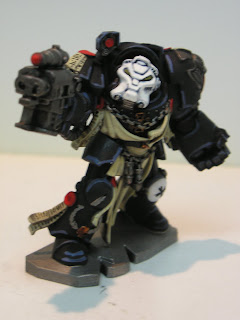 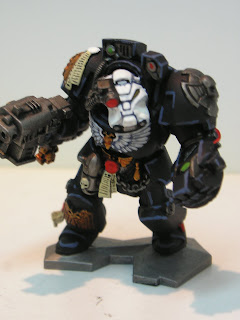 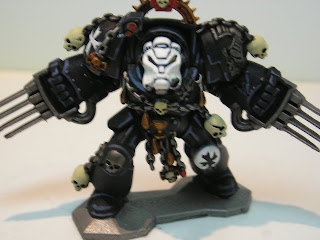 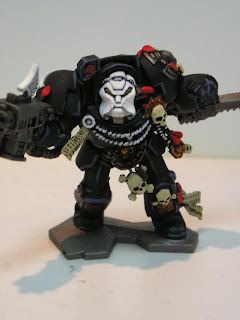 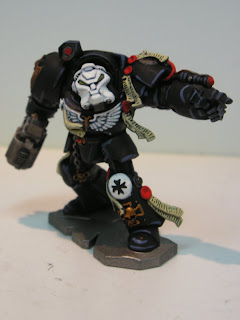 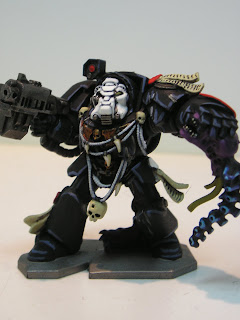 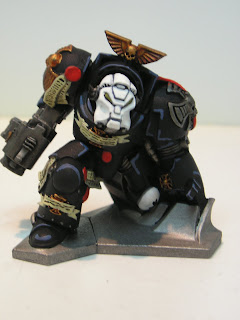 So I was asked by someone to paint up there Space Hulk models for there son as a christmas gift. The kid these models are for really likes the Black Templars, so his Father asked me if I could paint them up in the Black Templar color scheme, and so I did. Before I could start painting them I had to remove as many of the Blood Angels symbols as I could, some of them I just could not get at with a knife but they are hard to notice on most of the models. As for painting them it was a pretty straight forward approach, standard colors and highlighting. I decided to paint the bases silver to help contrast with there black armour. I also added a few Black Templar symbold and hand painted a few on various parts of there armour. The Broodlord that comes with the Space Hulk is amazing and would be a great addition in a standard 40k Nid army. As for the colours on him he is painted pretty much the same way as seen on the boxset. I have personally picked one up myself so keep your eyes out for my version and take on the Space Hulk Broodlord. Other then that I had alot of fun painting the models and look forward to painting another Space Hulk set but in the Blood Angel colors. Feel Free to leave your comments and thanks for your interest.

Just a thought... but Black Templars don't actually have librarians. I know its a little late and the models look great, but they hate psykers and in their fluff refuse to work with them.

I still have my metal terminators awaiting your magic handiwork .. :)