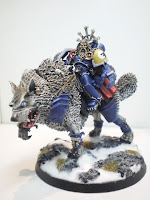 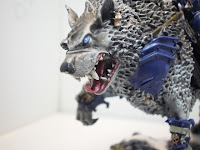 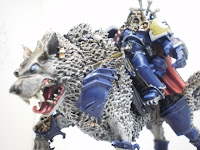 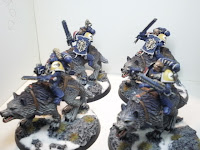 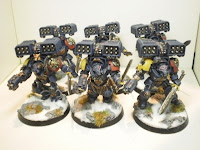 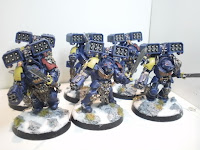 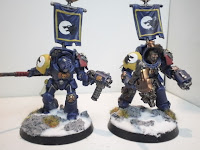 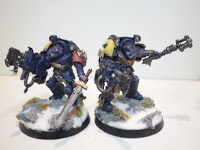 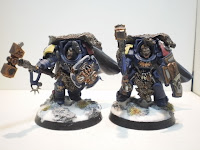 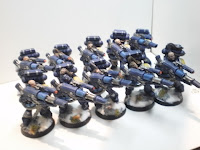 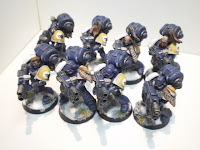 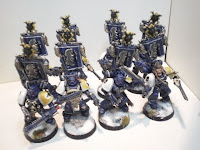 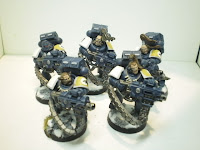 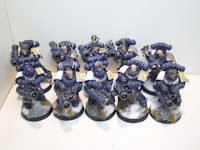 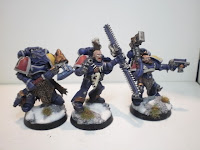 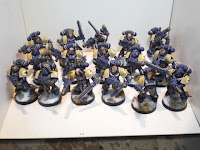 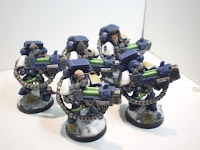 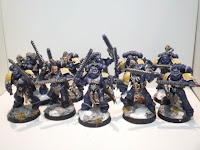 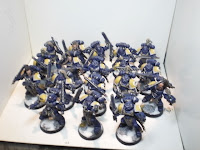 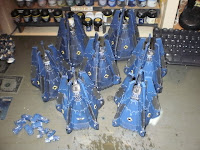 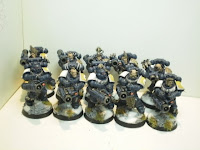 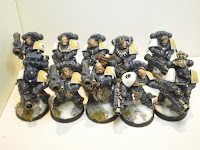 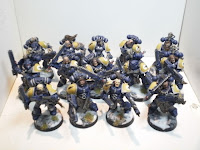 So I was asked by a recent contact about 2 months ago if I could take on a large space wolves project. The total count was 151 foot soldiers and 7 drop pods. But the catch was that I had only two weeks to finish it. So after receiving the models I got to work on them immediately. The models were already primed the base color. Now I know that space wolves are usually the light space wolves grey but the customer wanted them all to be this darker blue. Also all the models were all sent to me pre-assembled. I did none of the conversion on them. The color scheme was already picked out and I was given a recipe to follow which I found quite easy to achieve. So with only 2 weeks to finish this enormous project, I started into the painting. The rush was because the army is being used at an Adepticon event this April, which I believe just  passed. I was able to finish the project in the alotted amount of time, but with some long nights and lack of sleep. Overall there was really nothing to special to the project just a straight forward paint job and ship. I am very happy with how they turned out and so was the gentleman who ordered them. Keep coming back and checking for more projects as I have many to post and some of them are personal projects. Till next time.
Labels: Space Wolves

whoaa!! this is amazing!! you're crazy man!! and hey wanna you visit my blog at hanazumishin.blogspot.com ?